Wendy Whiteley commenced work on the garden in 1992. The land, owned by the NSW State Government, was a disused railway dump.

As the land was cleared, and tons of invasive weeds and rubbish were removed, Wendy and her two gardeners Corrado and Ruben began landscaping the space. There were no grand plans, the garden just evolved in response to the site.

Over the years the garden grew larger as Wendy and her team pushed further into the rubble, transforming it into a glorious place for all to share.

It’s a steep, south facing block, bordered on the southern end by the railway land and iconic harbour views beyond and on the other side by a small park.

A network of pathways wind through the steep site to a clearing at the bottom of the space, with a central clump of Bangalow palms. The garden is also home to 3 of the very rare Wollemi Pine trees. The pathways are framed by beautiful timber bush rail balustrades and are supported by a huge number of rock and timber retaining walls, which were all built by hand by Wendy and her gardeners.

‘The only way you could have built this space is exactly the way I’ve done it. We built it bit by bit without big machinery. We built the terraces with begged, borrowed and bought stuff.’

Wendy’s garden has been the scene of hundreds of weddings and important life events. It is one of the most beautiful public gardens in Australia, however up until late 2015 its future was uncertain. In October 2015 the NSW State Government granted the North Sydney Council a 30 year lease for the garden with a 30 year option. 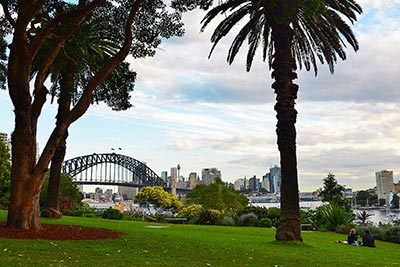 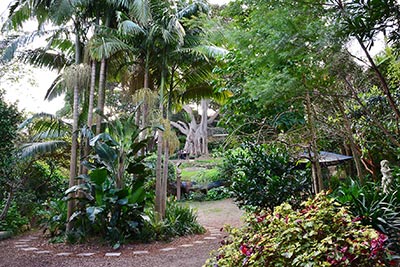 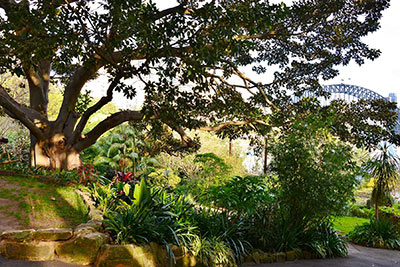 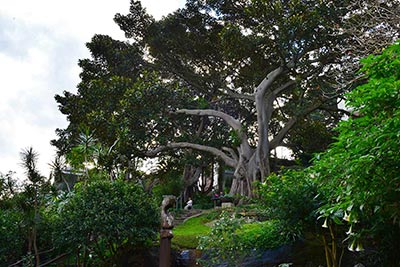