The North Shore Railway Line and viaducts terminating at Lavender Bay at the rear of Luna Park includes a multiple track section of Marshalling Yards that extend westwards from Luna Park along the south eastern shore of Lavender Bay. The yards area includes remnants of the 1915 and 1924-32 Milsons Point Stations and the site of a carriage shed that formerly existed where the northernmost set of tracks run today.

The construction of the railway line in the 1890s was to have a devastating impact on the foreshore landscape and the thriving Milsons Point community. Several stone and timber cottages, boatsheds, wharves and gardens were demolished. Alderton’s lime kilns, including the wharf where arrivals of shells from Brisbane Waters were received, was also resumed and demolished.

Fish St disappeared completely from maps, whilst closer to the Point, the old Palmer and Water Streets terminated abruptly at the new escarpment created by major excavation. 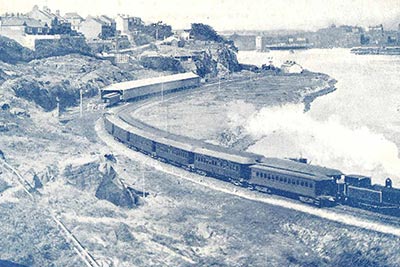 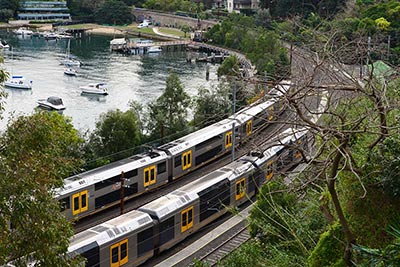 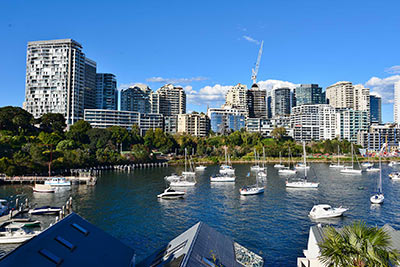 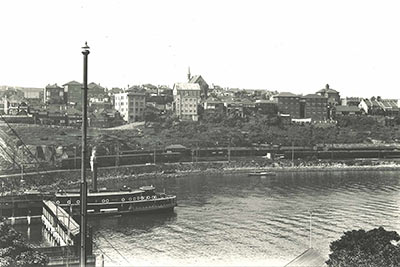