During 2016 there has been a greater awareness of the potential issues relating to the future use of the railway siding between Luna Park and Waverton and a rising concern by the local residents that this area of land may become a future development site like other land owned by the State Government.

On 9th March 2016 The Daily Telegraph highlighted the concerns of local residents.

Local State Member Jillian Skinner together with Trent Zimmerman met with local representative for the High Line, Joan Street and The Australian newspaper.

Further to The Australian article Trent Zimmerman confirmed his continuing support for the High Line through his Facebook page.

Channel Nine reporter Mike Dalton compiled a thorough report for the 6 O’Clock news and interviewed one of the High Line’s local representatives. 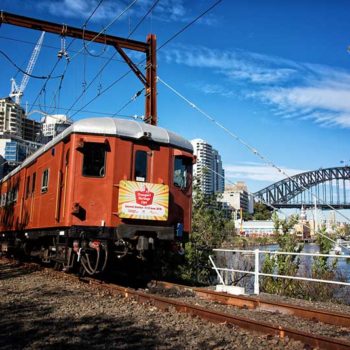